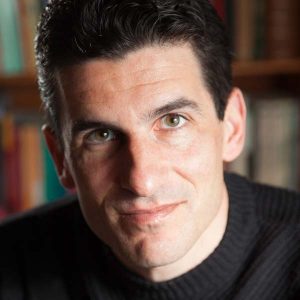 Early in life, I was overcome by a paralyzing aimlessness. The prospect of graduating from high school and being drafted to the military, then college, career, family, and so on, made me feel like I was entering a production line that wouldn’t stop till I’d die. Yet who was I? Where was I? And why was I here? My elders dismissed these questions as inconsequential, though I could see they didn’t have a clue; they were only further down the production line than I was. I resolved to either find a deeper meaning to life, or die searching for one.

I began reading a wide range of literature. At first, my search bore no fruit. Western psychology seemed impossibly complex, Eastern spirituality suspiciously simplistic. There were a few exceptions that inspired without instructing. They did little in paving a way forward. My difficulty was compounded by my not knowing exactly what I was searching for, although I navigated by an intuition that the truth should be practical and measurable. I eventually found a genre of psychology called The Fourth Way that answered many of my questions in an unique and unflattering way. It claimed its origins were ancient, while only hinting vaguely at what these origins might be. I was intrigued. Had the answers to the deepest questions been known to past ages? And if so, why were they hidden?

The same teaching insisted that one could not practice its principles on one’s own, that one had to learn from others. So in 1995, at the age of eighteen, I joined a local branch of an international Fourth Way school. Members were of a mixed crowd. Not all were like-minded, nor did all share my enthusiasm toward self-study. Some of the more experienced students, however, who had been practicing this teaching for years, exhibited a sincerity and depth that attracted me. They could see right through me and advise me in a way the written word never could.

At the time of my joining, the organization had been functioning for 25 years and had accumulated in its wake the debris of cult and scandal. The founder was controversial. When I eventually met him in the year 2000, I saw the reasons for the controversy, but I also recognized a method in his madness. Sensing an opportunity, and knowing I had nothing to lose, I put myself at his service and gradually became his right hand man, handling issues that ranged from teaching to human relations and from logistics to finances. I often fulfilled the delicate position of intermediary between him and his students. This brought me in intimate contact with almost all the members of his school and exposed me to their difficulties, challenges, and successes.

Our collaboration peaked in 2004, by which time my position became very specified. The frequency of his teaching events had increased and I was entrusted with giving them content and structure. Teaching requires repetition and repetition is always threatened by dogma. How could we repeat our lessons without allowing them to lose their vitality? We tackled this challenge by expanding our sources beyond the Fourth Way to the historical traditions of the world. We were learning and teaching simultaneously, and this infused our presentation with the thrill of discovery. It forced me to dig up the hidden roots that the Fourth Way had claimed it had, but had never explicitly exposed. We worked intensively during this period, sometimes hosting three teaching events per day. The volume of knowledge I had to sift through was considerable.

Our connection ended abruptly. In 2007, the organization came under the scrutiny of the US immigration department and the foreigners in my position were forced to promptly leave the country. After seven years of complete dedication, of having all but died to my former life, I was exiled from my friends, commitments, and belongings. There was a good deal of panic and mishandling on the organization’s part, and it left those sent away with feelings of betrayal. On my part, along with the hard feelings was also an auspicious air around this unlikely turn of events, as if it were so bizarre that it had to be meaningful.

Rumors of my exile spread and members around the world invited me over while the storm abated. For a while I was on an open ended trip. Cut asunder from my past obligations, I had ample time to visit Notre Dame of Paris, or San Marco of Venice, or the Taj Mahal of Agra. So as this interim of uncertainty turned from days to weeks and from weeks to months, I became exposed to major historic monuments of the world. Having delved so deeply into inner work in the preceding years, and having researched ancient cultures so thoroughly, I began perceiving these monuments differently. Their architecture, sculpture, and painting assumed a new meaning, entirely nonreligious, surprisingly practical.

My perceptions were doubtlessly influenced by the psychological pressure of exile, by grappling with betrayal and injustice, and by the vast and daunting unknown that lay before me. And yet, it was this very pressure that enabled me to look with unprecedented clarity. The thread of exile runs straight through the tapestry of human history. I could see Adam exiled from Paradise, or Odysseus exiled from Ithaca, or Rama exiled from Ayodhya, at eye level. Time and distance availed not; they were with me, those mythical men of ever so many generations past. The more I encountered them in a stained glass window, or a relief of a temple pillar, or a mosaic in a museum, I could see them from their own standpoint, and understand their story. Something significant was at play through this fateful synchronicity, and its propitiousness lightened my burden.

I would spend the next two years scouring the museums and monuments of the world, and would find the same unorthodox meaning everywhere: Egypt, Greece, Hinduism, Buddhism, Judaism, Christianity, Islam all taught a lesson essentially the same, rendered different by the veil of religious misinterpretation. Indeed, the deepest questions of life had been answered in past ages — and answered well. Why did none regard these truths, hidden in such plain sight? There had to be others that would be as touched by them as I was. So along with my exploration grew a sense of responsibility that urged me to record my findings methodically. The end and crowning episode of my travels was the revelation of a calendrical system that lay at the base of all ancient teachings. This would become the foundation of BePeriod.